Even With Improvements, Colorado Faces Costs When Kids Don't Graduate

Posted by Erin OToole on 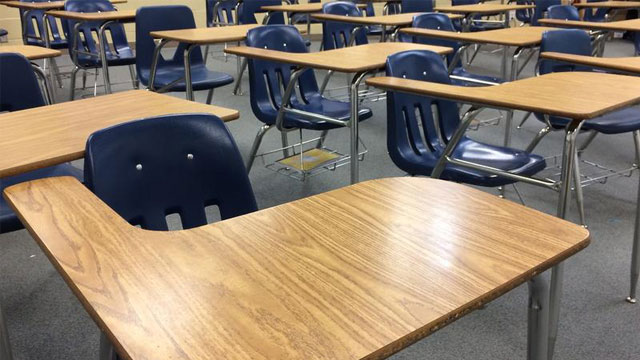 High school dropout rates in Colorado have been falling over the past eight years. According to the most recent dropout statistics released in January by the state Department of Education, the current statewide rate is 2.4 percent. That's tied with a previous low in 2002.

State education officials are encouraged by the declines, but acknowledge that more work is needed to address the problem.

Erin O'Toole discusses the most current dropout statistics with Judith Martinez from the Colorado Dept. of Education (5:07).

"There's a significant cost to society when a student isn't successful in attaining their high school diploma," said Judith Martinez, Director of Dropout Prevention and Student Engagement with the Colorado Department of Education.

For starters, students who drop out tend to earn less and are more likely to struggle with unemployment and underemployment, Martinez said. It's estimated that the average high school dropout costs taxpayers nearly $300,000 over their lifetime [.pdf] due to lower earning potential, unemployment and public assistance payments, and incarceration expenditures. 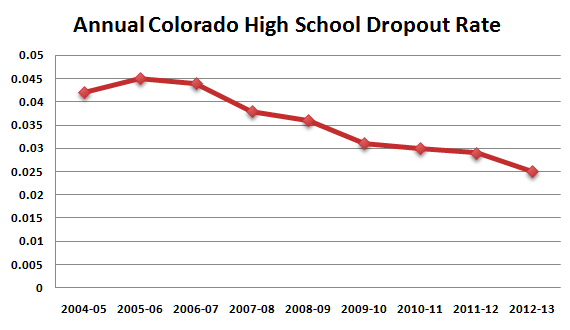 The outcomes are much more positive when students graduate, of course. Martinez cites a recent study by the nonprofit Alliance for Excellent Education which quantified the benefits to society when states boost the number of graduates.

If Colorado had a 90 percent graduation rate (roughly 8,600 more students) that would translate into $101 million in increased annual earnings, along with more federal tax revenue and more jobs.

"The case [the group] is making is that the best economic stimulus package is a high school diploma," Martinez said.

How The State Defines A Dropout

"The annual dropout rate reflects the number of seventh to 12th-graders who have left school for any reason (there are some exceptions) and are not transferring within a year to some other type of public or private educational programming or school."

Who Is Most At Risk Of Dropping Out?

"We see that more males than females drop out of school; typically the students are classified as 12th-graders when they drop out. The majority of students who are dropping out at higher rates than the state average are minority students – specifically Native American, Latino, and African-American students." 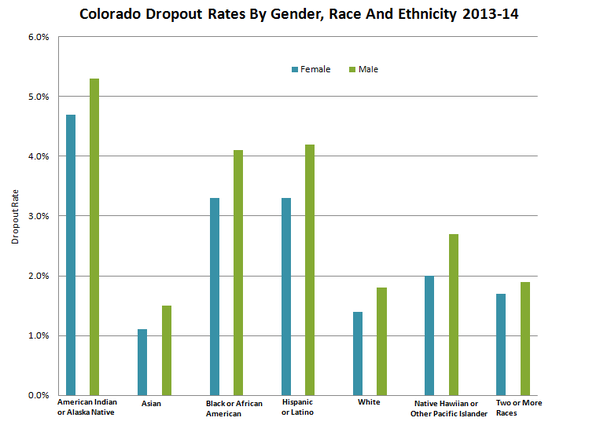 "When we look at student groups – these are unique populations of students such as those who might have a disability or are English language learners, those that have been classified as homeless, or in foster care – all of these groups of students also have a dropout rate that's higher than the state average."

Is Colorado Making Progress In Dealing With The Issue?

"In terms of the trends that we're currently seeing, we've been encouraged by the steady decline – but also puzzled by the persistent gaps based on race and ethnicity as well as income and gender. So we're really wanting to take a closer look at those persistent problems that are leading to a higher dropout rate for certain populations."