The Role of Parents in Improving School Diversity

Posted by The Atlantic on 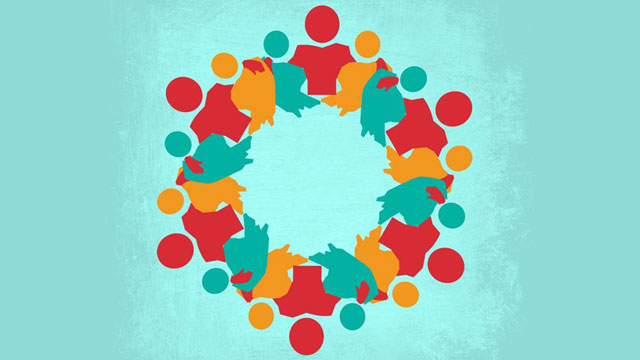 Figures on minority admissions to New York City’s nine elite “specialized” high schools have been released for the coming fall, and the number of seats offered to black and Latino children were as scarce this year as in 2014. At Stuyvesant, for example, black students received 10 of 953 seats, with places offered on the basis of a single entrance exam. It’s a reminder that the diversity of the school system in this most diverse of cities exists in widely varying proportions from public school to public school.

The continued bleak admissions picture at the most prestigious high schools has raised old arguments about improving minority access to the entrance exam and test prep. One idea is to admit the highest scorers from each middle school. Another is to broaden admissions criteria to go beyond one test. But, whatever the merits of these solutions, the conversation hovers at the level of large policy changes without also getting to the ground, where parents face the dilemma of choosing a school for their child, beginning in kindergarten. These individual choices, taken together, will create the conditions of social equality that can lead to a more diverse Stuyvesant High School—or not.

The choice of a school can be excruciating to make—it was for my family. Part of the pressure comes from living inside an enormous, interconnected school system that is vastly uneven in quality. In a suburb, the critical educational choice a parent makes is to move to a town, which is equivalent to choosing its school system. Chances are that the quality will be fairly even across all schools in the district. Choice is rarely an issue—children usually will go to the nearest school to home.

But in the city, the choice of a school is an individual family’s decision that can become entangled with future health of the school system itself. Students are guaranteed admission to the elementary school in their neighborhood, but families can apply to other schools within their larger district or to a handful citywide programs, most of which serve children identified by testing as “gifted.” I want to choose what is best for my child. But if I choose to forsake my struggling neighborhood elementary school, with its low reading and math scores and scant parent engagement, in favor of one with higher assessment scores and an active PTA that raises lots of money for supplies and extracurricular activities, I could be helping to doom it to failure.

Parents might debate whether the condition of my neighborhood school is necessarily my business when I can choose to send my daughter elsewhere. But I am an active parent; I go to school meetings, help with fundraising, engage with teachers and administrators. And I know that research by the National Center for Partnership Schools and many others shows that engaged parents are one of the building blocks of a high-performing school. If the active parents keep going to the established “better” school, the rich school gets richer, and the poorer one stays poor. Multiply the decision to go to the high-performing school by thousands, and if the weakest-performing schools serve mostly poorer minorities (as they usually do), it's possible to see the beginning of the chain of educational events that leads to the absence of children of color at Stuyvesant.

Today, when I hear the news about elite high school admissions, I am torn over the wisdom and moral correctness of our family’s choice of an elementary school for our daughter nearly a decade ago. We turned our backs on a troubled neighborhood school after having been given an opportunity to join a small crusade among fellow middle-class white families to help improve it.

In the fall of 2006, when my daughter was 5, my wife and I visited public elementary schools on the Upper West Side of Manhattan in search of kindergarten programs to which we might apply. At PS 84, on West 92nd Street, the principal led the tour herself. We stopped at a showcase on an African-drumming program, were told about a close relationship with Ballet Hispanico, and visited a humongous garden that covered virtually the entire rooftop. By her very presence as a tour guide, the principal was communicating an unspoken plea to our group, which was comprised of seemingly well educated, well-off, mostly white families: We want you badly to come here.

The garden was being used to teach science and gardening and healthful eating. It looked a little tattered, and the principal said she needed the community’s help to renovate it. PS 84 was serving a heavily minority population of lower socioeconomic status; some came from out of the district in the Bronx, others lived in projects that were in the school’s catchment zone. The nearby area had come to include many white families who had gentrified much of the neighborhood, but they were not sending their kids to this school. We could see this was the case just by peeking into classrooms and observing students passing in the halls.

At the time we visited PS 84, a white, middle-class mother who lived in the neighborhood was organizing meetings to encourage white families to go there. One incentive that the school was offering was dual-language classes in French, which were rare in the city, as well as in Spanish. I attended these PS 84 meetings. The principal spoke at the opening session, and in subsequent weeks we met among ourselves to discuss the pros and cons. Perhaps 20 parents were showing up—all looked like the ones on our tour. There was much interest in the brand new French program, but there were also concerns about kinks that might naturally arise. We shared an unspoken understanding of what was at stake: Together we might be willing to take a risk with our children that none of us likely would take alone.

My wife and I were less interested in the dual-language option and more attracted to the arts in PS 84, but we found ourselves facing a labyrinth of questions about whether to join this mini movement. The principal was extraordinarily dedicated and appealing, but how many of the parents at these meetings would actually send a child to this school? We know from decades of experience in city schools that students from lower socioeconomic backgrounds often arrive underprepared for learning, having been read to less at home and without having been to prekindergarten. We know that schools with a preponderance of such students struggle with discipline. To outsiders these places can appear noisy and disorganized. Jennifer Burns Stillman, a research analyst in the New York City Department of Education and author of Gentrification and Schools: The Progress of Integration When Whites Reverse Flight, has observed a clash of sensibilities in how children are treated, with teachers finding that lower-income students respond better to an authoritarian style of discipline, resorting frequently to yelling at children. This approach offends many white, middle-class parents.

PS 84 was peaceful when we visited, but we were concerned about how many middle-class children might end up there. Would it be five, 10, 15, among more than 500 students? What was the critical mass for us and our daughter? I was a writing coach the year before for a high-school senior whose Common Application essay for college told of his struggles for acceptance as the only white player on his public high school’s football team. He had grown in character, he concluded, but only with a tremendous expenditure of energy and fortitude. He likely would have had an easier time with three or four white teammates.

Our daughter could grow in character as a member of a small minority, though could a five-year-old develop anything close to the coping mechanisms of a teenager? Would there be an academic and social price for the experience that was worth paying? She might help to elevate the level of pupil engagement in the classroom, and in the process raise the school’s expectations for all its students, which researchers at Johns Hopkins have found contributes much to the “resilience” that poor and minority children need to succeed in school. But might she also be surrounded by too many students doing work several levels below her own? The movement toward differentiated instruction, supported by about a decade’s worth of research and being promoted by places like the Metropolitan Center for Urban Education at New York University, has shown that students separated by two or three years in grade level in reading, for example, can be taught effectively and learn in the same classroom. But would a classroom with a lot of yelling raise my daughter’s anxiety levels too high or stretch her powers of concentration too thin? What unforeseen complications might arise as a result of her being of a different background and skin color from most of the rest of her school? And how much of our motivation as parents to send her to PS 84 might be selfish—driven by the flush of being what we envisioned as movers at the center of social change?

We finally chose a public school with a reputation for academic quality and a commitment to diversity. It won a Blackboard award in 2007 as Outstanding Public Elementary School. We couldn’t have predicted the sharp decline in diversity that occurred, from about 46 percent white when we applied to 67 percent today, according to Department of Education data. (This change can probably be attributed to the school's shift from relying on applications for out-of-district admissions to using a lottery system, as well as an increased interest in the free school among middle-class families who lived in the catchment zone and were struggling in the sluggish economy.) In the same period, PS 84 has grown much more mixed; today roughly one-third of its students are white, according to DOE statistics. The garden has been restored, with help from graduate students in Columbia University’s landscape-design program. A dean at the Ivy League school is a parent of a child at PS 84.

In the case of the elite high schools, two solutions are being discussed for getting more minorities admitted to Stuyvesant and the others, and both are flawed. Awarding seats to the highest scorers on the entrance exam from each middle school would open the doors to more minorities, but could also water down the overall achievement level of incoming classes. Expanding admissions criteria beyond a single test score is unlikely to succeed. A new study by the Research Alliance for New York City Schools finds that including attendance and grades would not substantially increase diversity. According to the report: "The sobering reality is that disparities in the specialized schools mirror larger, system-wide achievement gaps that exist prior to middle school." The preparation really needs to begin much earlier in the educational process, in schools like PS 84—where good study habits, time-management skills, and the ambition to succeed in school and in life can be codified and nurtured from the beginning. Age 12 or 13 is too late to start.

Did our family make the right choice to stay away from PS 84 when we did? Did we buy stability and certainty at the expense of a learning opportunity for our daughter to grow up as a minority among children who came from different cultural and economic backgrounds? Did we fail in our responsibility as citizens to help improve a neighborhood public school?

A white middle-class family visiting PS 84 today faces a far different and easier choice for its child than we did. More of the minority students who go there will likely graduate with tools to earn a shot at Stuyvesant than in 2006. But until more families are willing to elect, as we did not, to send their kids to schools dominated by lower-class minority populations, how much more equality in this system are we ever likely to see?