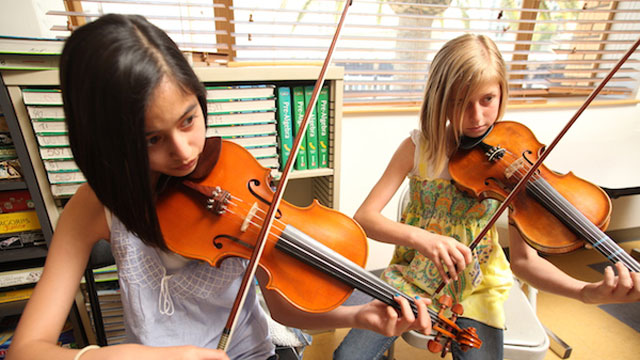 Despite the challenges of the Great Recession, the provision of arts education in Colorado appears to be steadily gaining some steam, according to a new report from Colorado Creative Industries, a division of the Colorado Office of Economic Development and International Trade.

"This is no small feat, given the tumult of the past several years as the nation has struggled to recover and regroup from the recession," CCI director Margaret Hunt said in a statement.

An update from the first Colorado arts education study published by CCI in 2008, the Colorado Visual and Performing Arts Education Survey Statistical Report examines the state's progress in arts education over the past six years and identifies areas of needed improvement.

Many of the broad trends identified in the 2008 survey held steady in 2014, the new study reported. Key findings in the 2014 study include:

Colorado is a “local control” state, which means school management is determined by governing bodies within the communities the school serves. Therefore, the governor cannot issue a mandate for schools to add music and art teachers to their rosters.

Since the release of the 2008 study, the state has passed two pieces of legislation that bolster educational arts programs in Colorado schools. These laws mandate the creation and implementation of academic standards for visual and performing arts.

In the same January interview, Gov. John Hickenlooper said he also hopes to have the financial flexibility within the state budget to create an incentive program to encourage schools to include the arts in their curricula in the future.

In a letter included in the report, Hunt said, "Even as we see the emergence of Colorado’s creative industries, we have not grown arts education commensurately."

She concluded with a call to action for educators, parents and the state's cultural representatives, asking them " to think collaboratively and creatively about how we can ensure arts education for all our students."